We have been in Whitby since 1987, when Dr. James Ranson transferred to this location. After 33 enjoyable years of practice, he decided to retire.

Dr. Sara Majedi joined our practice in May 2013 to continue providing our patients with optimum dental care in a family-friendly environment. Our office provides routine dental exams and cleanings as well as root canals, dentures, crown and bridge work and cosmetic procedures. We have a dental lab right on the premises.

Meet our professionally trained staff dedicated to helping you with your dental needs and strives to make your appointments as comfortable as possible. We provide treatment options, so you can be involved in making the right choice for your individual needs. 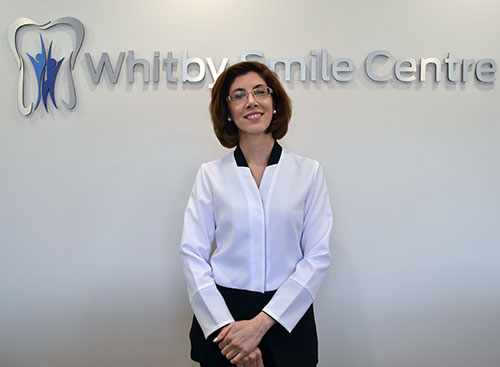 I studied dentistry at the university of Toronto and have been in practice for more than 20 years. Preventive dentistry is my priority in the office and Cosmetics dentistry is one of my favourite aspects of it.

Dental treatment is among the first 5 human fears. My goal as a dentist is making it as stress free as possible and changing it to a more comfortable experience. I believe that we can make a healthy and beautiful smile in a warm and friendly environment. Outside the office, I’m a busy mom, who wishes she had more free time to exercise and read books. 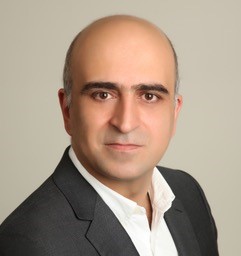 He has performed more than 4,000 primary and several hundred secondary rhinoplasties over his 17-year career. Dr. Bohluli is especially interested in revising failed surgical cases, as he believes a successful revision procedure can be indispensable in achieving the patient’s goals.

In addition to his busy clinical practice, he is actively involved in academia and scientific research. He has frequently lectured in international meetings, and his scientific efforts have led to 45 publications in major surgical journals and 25 book chapters commonly referenced in this field.

Dr. Bohluli has collaborated with many key figures in facial cosmetics and plastic surgery. In 2009, he served as General Secretary for the first Dubai rhinoplasty symposium; there, along with a brilliant multidisciplinary team consisting of Dr. Jack Gunter, Dr. Shahrokh Bagheri, and Dr. David Kim held one of the most memorable meetings.

Dr. Bohluli has had the opportunity to teach at the University of Toronto over the past three years. This has allowed him to become accustomed to North American perspectives with regard to surgical concepts. Moreover, he has the honor of being certified by three prestigious North American boards: the American Board of Facial Cosmetic Surgery, the American Board of Oral and Maxillofacial Surgery, and the Canadian Board of Oral and Maxillofacial Surgery. 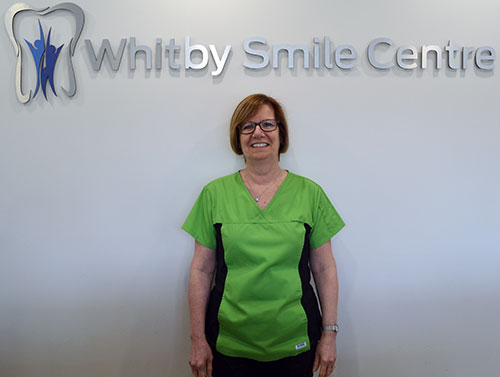 My name is Shelley, and I am the office manager at Whitby Smile Centre. I graduated in 1980 from the dental assistant program at Durham College. I joined this dental team in 1990 at which time I made a change in my career as a dental assistant to become the office manager. My background in assisting enables me to better inform our patients of dental procedures or concerns. I enjoy interacting with our patients and look forward to meeting new patients and strive to accommodate their needs when arranging treatment times. 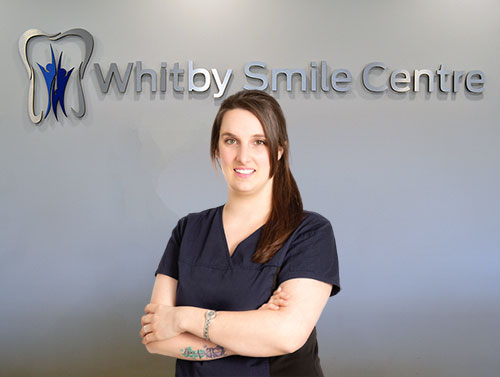 Hello, my name is Ashleigh and the I am the Hygiene Coordinator at Whitby Smile Centre. I moved to Oshawa in 2017 with my husband and our four-legged child (Kingston the dog). While still working in Toronto, the travel started to take a toll and I was ready for a new start. I joined the team in 2019 and it has brought a wonderful change to my life. I am a graduate of George Brown College in Dental Assisting, Dental Administration, Medical Administration, and Personal Support Worker. With all I’ve learned I can use my knowledge and skills to assist in any and all dental needs/questions you might have.

I enjoy spending all my spare time with family and friends, gathered at the cottage or around the kitchen table. Family is the most important thing in my life. I wouldn’t be where I am today without them. 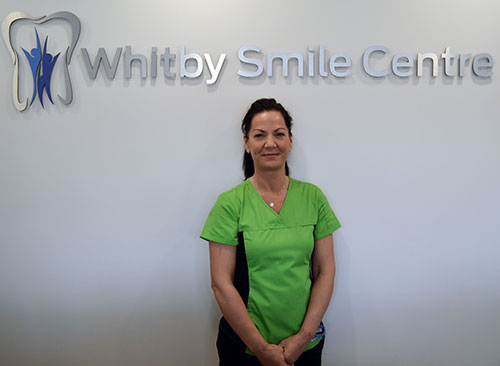 Hello my name is Luisa and I am Dr. Majadi's dental assistant. I graduated from the Level II dental assisting program at Durham College. I have been incredibly happy to be part of this team for the last three years. I love interacting with patients and doing whatever I can to make their experience as comfortable and relaxed as possible. I take great pride in being part of the Whitby smile center team. 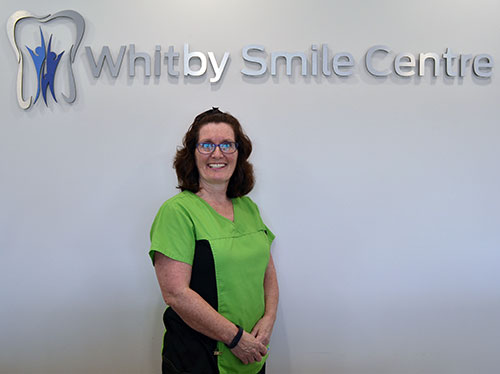 My name is Jane, and I’m the dental hygienist at Whitby Smile Centre. I graduated in 1984 from the Dental Hygiene program at Durham College. I have been a part of this dental team since 1990. My goal is to provide gentle, thorough care in a friendly and comfortable atmosphere. It is important that my patients are involved in the process of good oral health decisions. We hope to make your visits informative and enjoyable. 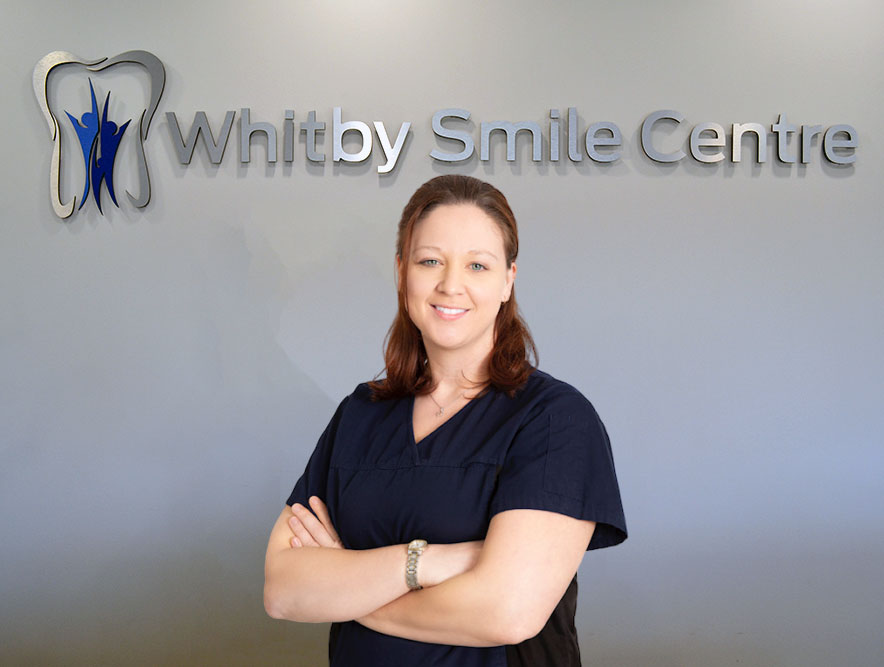 I'm Beth, I began my dental career as a dental assistant graduating in 2005. Working part time while furthering myself I took dental hygiene and graduated from Trillium College in 2007. I have since been practicing in family practices working with all age groups. Having work experience in both fields greatly contributes to helping clients improve their oral health care. I am very social, open to discussion and welcome any questions. I love working with kids and hope to make everyone's dental experience as enjoyable.